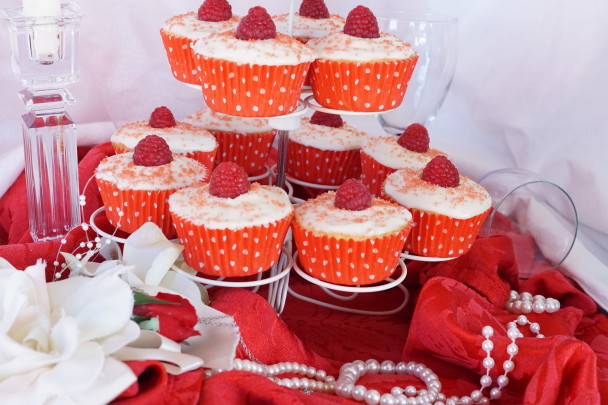 Amateur boyfriends buy conversation hearts with another one of those little stuffed bears. Better boyfriends line the walkway with rose petals leading to chocolate and a gift that proves he really knows her. Norwood Thomas flew 10,500 miles to Australia to meet up with his girlfriend from the war whom he hadn’t seen in over 70 years. People do crazy things on February 14th. Why? Love. Brace yourself for ring and flower ads, clever memes from people celebrating Single Awareness Day, and an influx of love songs (I love you for sentimental reasons…Love was made for me and you…a hunk, a hunk of burning love…etc). Somewhere along the way, St. Valentine’s Day (Which is one of many days celebrating saints in the Catholic church) became the day of love.

It’s not 100% clear how this happened but the stories are “lovely.” Saint Valentine was a real person, but there are multiple saints with that name and multiple accounts of how he became the face of love. One popular tale is that he was a Roman priest in the 3rd century. After concluding that single men make better soldiers, Emperor Claudius II banned marriage for young men. In brave defiance, Saint Valentine continued to secretly perform marriages resulting in his martyrdom. Another story also ends in martyrdom but not before the imprisoned Saint Valentine fell in love with a girl and is rumored to have sent the first valentine that read “From your Valentine.”

The tradition of the official holiday is said to have been created as a way to replace a certain pagan holiday in February, but it has certainly taken off since then. The earliest valentine known for sure was a 1415 poem to his wife by Charles, Duke of Orleans. He was in prison at the time (It seems people often come to a full realization of their love while incarcerated), and it was a sad poem that never reached her before she died. We’ve improved in positivity, and now millions of people in several countries take the opportunity to show love to the special people in their lives with gifts and cards making Valentine’s Day a multi-billion dollar industry.

Despite its popularity, the world is full of Valentine’s Day haters who maintain that it’s stupid to pick a day to show love, but that’s just silly. If your significant other only shows love one day a year, then direct that sentiment at them, but there’s no need to attack the holiday over it. It’s not St. Valentine’s fault. I say we take Valentine’s day for what it is – a fun time to celebrate love with the people who matter most. 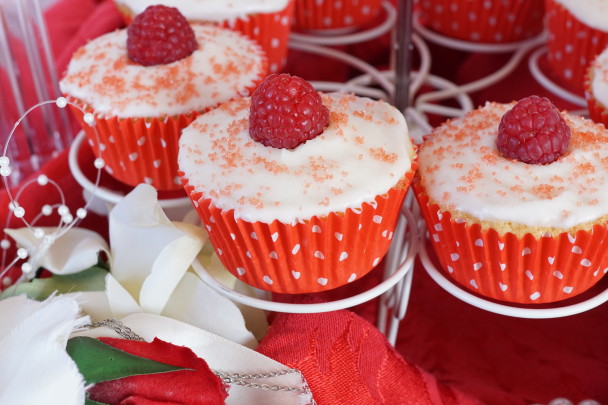 Try branching out this Valentine’s Day! 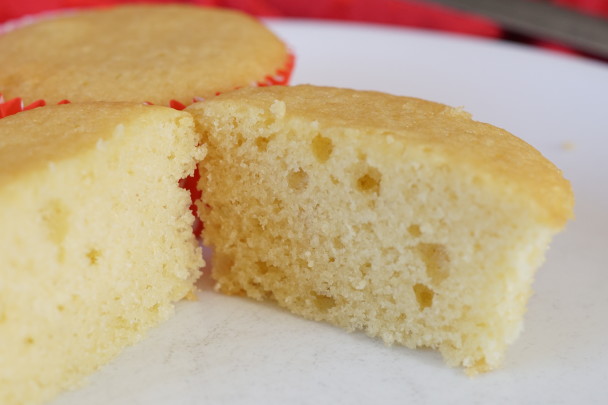 A beautiful cupcake with a moist crumb made from our new organic all-purpose einkorn flour!

We’re here to help. Clearly, nothing goes better with love than sweet! In the U.S alone we spend about $2 billion on candy every Valentine’s day. Isn’t there a better way to handle this? Of course there is. Homemade gifts are cheaper and often mean the most. Say hello to our delicious einkorn cupcakes! Aesthetically festive and delicious, these cupcakes are the perfect Valentine’s treat. Since it’s a holiday, we did use regular unhealthy powdered sugar in the frosting which you are free to change. The cupcake itself is made using evaporated cane juice and our new all-purpose einkorn flour. We are now selling bagged “white” einkorn flour, and it’s perfect for treats and breads especially if you can’t or don’t want to grind your own flour. It was great in this recipe! As a disclaimer: we understand this isn’t our most healthy recipe, but it’s perfect for those sensitive to wheat and those who just love Einkorn. Valentine’s day is only once a year, after all. No one wants to feel deprived on the day of love, so try these cupcakes in honor of those you love and our brave friend, Saint Valentine.